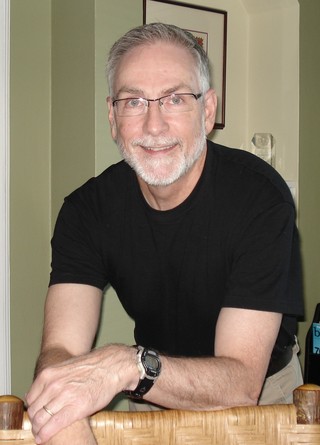 Larry Watson was born in 1947 in Rugby, North Dakota. He grew up in Bismarck, North Dakota, and was educated in its public schools. Larry married his high school sweetheart, Susan Gibbons, in 1967. He received his BA and MA from the University of North Dakota, his Ph.D. from the creative writing program at the University of Utah, and an honorary Doctor of Letters degree from Ripon College. Watson has received grants and fellowships from the National Endowment for the Arts (1987, 2004) and the Wisconsin Arts Board.

Larry Watson is the author of the novels THE LIVES OF EDIE PRITCHARD, AS GOOD AS GONE, LET HIM GO, MONTANA 1948, AMERICAN BOY, IN A DARK TIME, WHITE CROSSES, LAURA, ORCHARD, and SUNDOWN, YELLOW MOON; the fiction collection JUSTICE; the poetry collection, LATE ASSIGNMENTS, and the chapbook of poetry LEAVING DAKOTA. Watson’s fiction has been published in ten foreign editions, and has received prizes and awards from Milkweed Press, Friends of American Writers, Mountain and Plains Booksellers Association, Mountain and Plains Library Association, New York Public Library, Wisconsin Library Association, Critics’ Choice, and The High Plains Book Award. The movie rights to MONTANA 1948 and JUSTICE have been sold to Echo Lake Productions and WHITE CROSSES and ORCHARD have been optioned for film. LET HIM GO was made into a film starring Kevin Costner and Diane Lane in 2020.

He has published short stories and poems in Gettysburg Review, New England Review, North American Review, Mississippi Review, and other journals and quarterlies. His essays and book reviews have appeared in the Los Angeles Times, the Washington Post, the Chicago Sun-Times, the Milwaukee Journal-Sentinel, and other periodicals. His work has also been anthologized in Essays for Contemporary Culture, Imagining Home, Off the Beaten Path, Baseball and the Game of Life, The Most Wonderful Books, These United States, Writing America, Tales of Two Americas, Milwaukee Noir, and West of 98.

Watson taught writing and literature at the University of Wisconsin/Stevens Point for 25 years, then joined the faculty at Marquette University in 2003 as a Visiting Professor, until his retirement in 2018. He has also taught and participated in writers conferences in Colorado, Montana, Arizona, New Mexico, North Dakota, Texas, Vermont, Wisconsin, St. Malo and Caen, France, and elsewhere.

He and his wife Susan live in Kenosha, Wisconsin. They have two daughters, Elly and Amy, and two grandchildren, Theodore and Abigail.